“We don’t have a large workforce, and we don’t have a lot of turnover. I think it’s a waste of our time and money to build a recruiting process.” My friend, the VP of Sales and Marketing, relayed the words of the CEO when he proposed creating a process to recruit, interview, hire, and develop the company’s sales and marketing team. I was surprised to hear it when he called. The CEO is a forward-looking individual and has guided his family company through a steady period of growth. What the VP was proposing was to build a consistent process for future expansion. He too, was a forward-thinking individual and one of the most humble leaders I’ve met. His teams have always performed exceptionally. He is a process guy, but strong on the relationships as well. His team loves him. He was looking at the growth curve and he believed he needed to plan for additional associates.

When I received the call, the conversation was about the selling processes we were working on. Mike came around to the stiff arm on the CEO conversation as more of an afterthought. When we talked through it, I realized that they faced the same situation as most small to mid-size businesses felt. We are too small to worry about building a process to recruit. It is too infrequent for us.

I was talking to another VP of Sales friend of mine yesterday, and he had some great input on the experience. “Large companies can make a mistake hiring, and the effect is muted because of size. Small companies may have three sales leaders with 10 sellers each. If they miss on a hire it can have an adverse effect on 30 percent of their business.”

In building a process for finding talented people for your business, no matter what the size of your company is, you decrease the risk of making a poor hire and the expense that goes with it. Once you create the process, you can create consistency no matter how infrequently you bring new people to the team.

I’d suggest the entire process is to recruit, interview, and select the best candidates. Sounds simple, but there are details. I’d suggest you start in the middle of the process and work both directions.

1.  What is your interview process?

2.  What are you looking for in the candidate?

3. Once you interview the candidates and you have narrowed your focus to the final two, what now?

We have a client who initially based hiring decisions on knowledge of the product and experience in the business. That sounds great, but they hired several people with that profile who did not have an aptitude for selling. After one employee struggled for six months not producing in the sales role, they moved him back into operations. Two weeks later they lost a good operations employee because they had moved him into sales when he didn’t have the aptitude.

Mike and I talked through the process, and I shared the stories of my clients who had improved their hiring through building the process we outlined.  He then walked his CEO through the conversation again  and was able to convince the CEO of the benefits. They have since added three new sellers and one product manager; all four are well aligned with the values of the company and are producing and growing revenue through taking market share. Mike is too humble to take credit for the success of the process, but he should. It is well deserved. 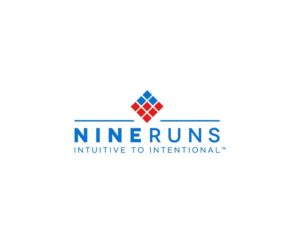