The Waiting (for EMV Fuel Dispensers) is the Hardest Part

Legendary singer and songwriter Tom Petty had a way with words. He might as well have been referring to upgrading EMV dispensers when he sang, “The waiting is the hardest part.”

As much as I’m an optimist who sees the good in people, I also accept some hard truths. One of those is that crime is as certain as death and taxes. When I see a criminal, I can’t help but feel disappointment. Beyond the damage they do to C-stores and society at large, I see wasted potential; because criminals are smart, everyone would be so much better off if they used their intellect for good instead of evil.

The number of criminals out there doesn’t change much. It’s only their targets that change. Think of it this way: if most homeowners added security systems, the odds of those without security systems being burglarized would skyrocket. Why? Because “smart” criminals find the easier targets.

As more and more C-stores become EMV compliant, the number of criminals doesn’t shrink. As a result, those who aren’t EMV complaint might as well have a big bullseye on their dispensers saying, “Criminals welcome.” Laura Townsend, senior vice president of the Merchant Advisory Group, said, “…we know fraudsters will find the weakest link.”

This doesn’t make me happy. What does make me happy is  that technology is beating the criminals. More than 3.7 million merchants–or 80% of U.S. storefronts–currently accept chip cards. Since 2015, according to Visa, the amount of money merchants lost to counterfeit fraud has declined by 62%.

It’s wonderful that the industry has a solution. I also empathize with the expense required for C-stores to become compliant. According to a 2019 Connexus study, almost 70 percent of respondents said they haven’t upgraded any outside pumps to the EMV technology. Connexus also reported that:

It’s now a race to get compliant and not be the weakest link. With better physical security, new dispensers will reduce the risk of fuel theft and meter tampering. The benefits go beyond reducing fraud.

New pumps include entertainment and promotional offers to  help drive customers’ in-store purchases and reduce the monotony of fueling. Improvements in displays, graphics and other pump elements also enhance the store’s image.

A January 7, 2020 article on Bloomberg.com cited a survey from Connexus on the reasons gas stations owners haven’t upgraded. Twenty-nine percent reported, “Not sure how to pay for it.” That’s on me for not doing a better job of getting the word out. The  reality is that Patriot Capital has never been better equipped to handle equipment financing. With nineteen years in business, we continue to find ways to make things even easier for our customers. We’re often able to get approval for loans in less than a day. From there, we partner with distributors, manufacturers. and major oil companies to facilitate every step of ordering and installing EMV- compliant dispensers.

I understand the challenges that the October 2020 deadline has created for everyone in this industry. Along with my team at Patriot Capital, we seek to be a resource to help you overcome these challenges. Given the costs of waiting, now is the time to heed the words of Tom Petty, who also sang, “Don’t let ‘em get to you. Don’t let this go too far.”

Patriot Capital Corporation specializes in enabling entrepreneurs to succeed by providing hassle-free equipment financing to the convenience store and retail petroleum fueling industries. Patriot is recognized as “Best in the U.S.” by PMAA. Patriot finances all brands of equipment for fueling, including EMV upgrades, underground storage tanks, gas pumps, point of sale and LED lighting.

For more information on C-store and gas station equipment financing,

and obtain a quick quote now. 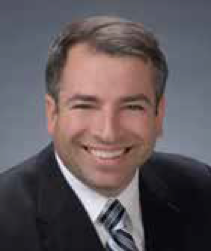