Solving problems is the birthplace of innovation

Over the past several weeks we have all have experienced the problems driven by working from home and not being able to meet in person. We have seen some obvious innovation that had to happen immediately. We have seen car manufacturers building respirators. We have seen distilleries making hand cleaner, and everyone making and wearing facemasks. We have seen the advent of work from home driven innovations. Video conferencing was a business application but now it’s also a way of staying in contact with friends and family. We have not seen the end of the innovations coming from this challenge, however.

I spent several weeks talking with executives asking how they would overcome the need for changes in the way salespeople interact with their customers. The responses ranged from business as usual, to telephone and video calls. I’m certain we will find ways to continue to innovate beyond these options. My challenge to all is now that we are starting to reopen, what other areas do we need to innovate?

I have a friend who changed companies and roles in late January. A few weeks later, he was grounded, as we all were. Since then he has met his new team through telephone calls and video calls. In the past few weeks, he was promoted to take on another team in his new company. He has yet to leave his house. He is obviously good at adapting to the new reality. So, what are his challenges that he needs to solve for? How can he innovate to solve them?

I believe he needs to learn the strengths of his team, current and new, and do it quickly. How does he do that without jumping on an airplane and flying the globe? How can he help them develop when he really doesn’t know them well?

We established a process to do this and it follows these steps:

1. Define what a successful salesperson looks like in 12-18 months (not just hitting revenue and profit KPI’s)

2. Define what specific actions they must take to be successful

3. Have the salesperson rate themselves on the actions that you defined on a 1-5 scale

4. As the leader, rate the salesperson on the same actions and compare scores

5. Overlay an aptitude or preference test, based on the actions and skills needed to be successful

6. Leverage the preferences or aptitude for the individual to develop the skills

8. Create KPI’s for the plan

My friend identified a problem, and we built an innovative process to solve it. The innovation is the use of an aptitude test to focus on strengths. It is more productive to leverage strengths than to improve weaknesses. At best you can move a weakness to mediocrity. 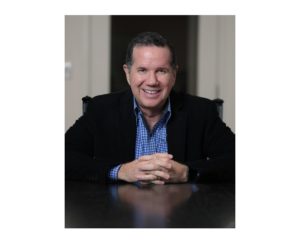