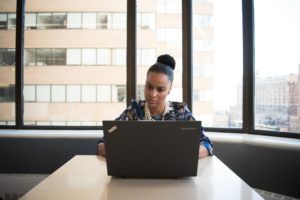 Implementing it within budget, on time, and to the maximum of its potential is hard. And the cost of implementation failure is extremely high. Why do so many implementations wither on the vine?

Here’s one reason you may not have considered. For most owners, managers and employees, the day-to-day of business is a whirlwind. A thousand small wins add up to a successful 24 hours. Software implementation, however, thrives under a different environment. It is best done in long blocks of focused time because it requires detailed problem solving with long-range consequences.

“The manager’s schedule is for bosses. It’s embodied in the traditional appointment book, with each day cut into one-hour intervals. You can block off several hours for a single task if you need to, but by default you change what you’re doing every hour.

But there’s another way of using time that’s common among people who make things, like programmers and writers. They generally prefer to use time in units of half a day at least. You can’t write or program well in units of an hour. That’s barely enough time to get started.”

Graham is spot on. And software setup falls into the category of “programmers and writers.” I have seen projects languish for weeks, implementers giving their 30 minutes here and 20 minutes there, only to progress 50 times further in a single uninterrupted day. In one team I worked with, we called these glorious days “War Rooms.”

Next, Graham pinpoints the problem:

“When you’re operating on the maker’s schedule, meetings are a disaster. A single meeting can blow a whole afternoon, by breaking it into two pieces, each too small to do anything hard in.”

Finally, Graham puts the onus on the manager to fix the problem:

“Each type of schedule works fine by itself. Problems arise when they meet. Since most powerful people operate on the manager’s schedule, they’re in a position to make everyone resonate at their frequency if they want to. But the smarter ones restrain themselves if they know that some of the people working for them need long chunks of time to work in.”

The problem is even more exaggerated for businesses like petroleum marketers because there is another type of schedule. Let’s call it the “doer’s schedule.”

A “doer” is someone that … does. Doers act as a part of the machinery of the business. Dispatchers, invoicing clerks, customer service, and salespeople are all doers, and doers are not nearly as disrupted by meetings as makers. Their work is automatically broken into small production chunks (a 30-second phone call, a 10-minute email, etc.).

Because most businesses are filled with doers, owners and managers are not in the habit of protecting employees from the interruption of meetings or the daily whirlwind.

But make no mistake, your implementers need uninterrupted stretches to be successful. They are makers.

During implementation projects, set up systems and a culture that protects their time:

This is easy in theory, but challenging in practice. Generally, your implementers are also some of your key employees—either managers or doers. Think hard about whether they can get 4 or 8 hours at a stretch without interruption. Make structural changes where necessary.

Your projects will be more timely, less expensive, and—most importantly—set up effectively.

Clearwater helps petroleum marketers reach their goals by leveraging their data. Our clients use our Business Intelligence tools to test narratives, uncover surprises, and take action. Let us give you a demo of our petroleum-specific Touchstone Suite and help you transform your business with your data. 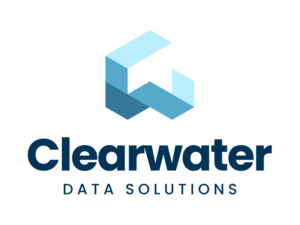 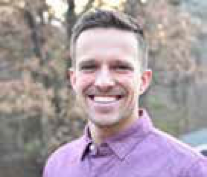